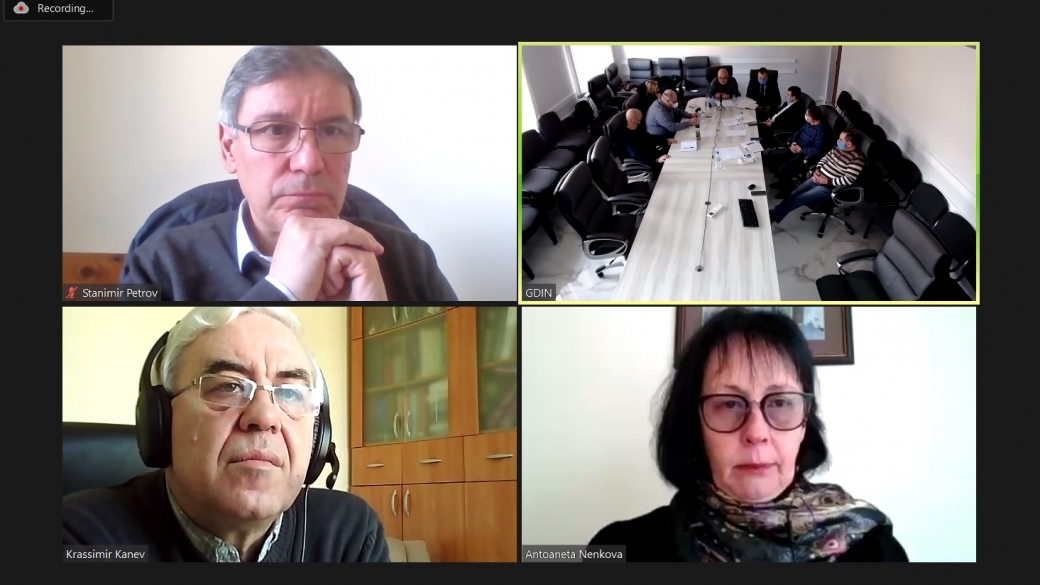 “The topic of arrests in Bulgaria is very interesting, including from a human rights point of view. Arrests are part of the penitentiary system, but they seem to remain in the shadow of prisons and what happens in them does not reach the media or there are separate publications only after the detention of some public figures, as was the case with Desislava Ivancheva. Perhaps this lack of information on arrests also affects the pace of reforms in them – if prisons have undergone major repairs in the last 10 years, we are seeing only either cosmetic repairs or the closing and relocation of arrests to prisons in big cities. In the last two years, such shifts have taken place in the arrests in Stara Zagora and Sliven, and this is still a positive development for the system.”

With this comment from the researchers of the Bulgarian Helsinki Committee began the information meeting with a team of the General Directorate for the Execution of Sentences (GDIN) and a representative of the National Preventive Mechanism to the Ombudsman, which took place within the project “Evaluation of the Prison Reform in Bulgaria: Legislation and Practice Following the Pilot Judgement of the ECtHR “Neshkov and Others”. The meeting was attended by the Deputy Minister of Justice Prof. Nikolay Prodanov, the Director General of GDIN Ivaylo Yordanov and other specialists from the Directorate, as well as the BHC Chairman Krassimir Kanev and the researchers from the Monitoring and Research Program Stanimir Petrov and Antoaneta Nenkova.

The human rights organization and the administration are partnering on the project in order to identify problems and look for solutions together to support the plans for reform of the penitentiary system in Bulgaria.

The roots of the reform

The BHC has been monitoring the arrests since the beginning of 1999, when they passed from the National Investigation Service to the Ministry of Justice and Legal European Integration, recalled Stanimir Petrov, a specialist in the BHC’s Monitoring and Research Program. At that time, the expectations that the state would pay the necessary attention to this system were reasonable and necessary, he commented.

The reforms began even then with the gradual closure of small detention facilities, the banning of buckets for physiological needs and the installation of separate beds in cells. In several detention centers, according to the available opportunities, dedicated grounds for outdoor stays and visiting rooms have been built, Petrov reminded.

However, according to him, in many cases the material base of the old detention facilities does not allow reconstructions at all, in order to bring their state to compliance with the standards for treatment of detainees. That is why the closure of two thirds of the arrests in the country since then and their concentration in the regional cities, which also allows concentration of the efforts for bringing these places to the standards, is the biggest step in the reform so far. In 1998, there were 89 arrests in the country, and in 2020 there were only one for each of the 28 Bulgarian districts.

The picture today is undoubtedly better than in 1999, but there are still many problems awaiting resolution. In 2020, the BHC team visited 16 of the detention facilities in the country and outlined the problems in terms of facilities and living conditions, the treatment of detainees, as well as other factors such as access to information and activities. The BHC specialists were categorical that the visits to the detention centers took place with full cooperation and responsiveness on the part of the GDIN employees.

Here are some of their major findings:

According to the Deputy Chief Minister of Justice Prof. Nikolay Prodanov, the administration is fully aware of many of the problems, especially those related to the material bases and living conditions in the detention centers, and is already actively working on, as is most evident from the ongoing relocation of arrests. For example, the opening for exploitation of a new three-storey building at the Dobrich prison for detention is expected very soon. The official opening, to which the BHC representatives were also invited, if the epidemic situation allows, will take place this March.

Regarding the arrest in Gabrovo, Prodanov admitted that this is a very old building and impossible for improvements, but the project for the building in Veliko Tarnovo, where the facility will be relocated, is ready. For this purpose, two buildings from the former sergeant school will be adapted, which are still in good condition, but within the next year and a half will be renovated and brought to the requirements for a place of detention. As for the conditions in Sofia – the location of the new detention center is still in question and the acquisition of a more suitable place for the new building has been set in motion.

The General Director of GDIN Ivaylo Yordanov also assured that the improvement of the conditions is a priority for the Directorate and the goal is to meet all European requirements. He confirmed that there is a serious problem with bed bugs in some of the detention facilities and that the GDIN is constantly fighting it. At the moment, a contract has been signed with a new extermination company and its effectiveness is yet to be seen.

Regarding the shortage of medical staff, Yordanov explained that the positions in the detention centers are not attractive and cannot offer good remuneration. With regard to police violence against detainees, according to the Director General of the General Directorate of Internal Affairs, this is a practice that has remained almost entirely in the past since the introduction of the register of traumatic injuries. According to him, “there is tremendous progress in terms of excessive use of physical force” and each such case is described in detail. The fact that no pre-trial proceedings have been initiated speaks of the positive effect of the measure. However, there are still cases of misuse of force, which are immediately inspected, and currently two similar disciplinary inspections have been initiated – in Sofia and in Lovech.

During the meeting, Yordanov stated that GDIN will take immediate measures in connection with the BHC’s finding of lack of regulation instructions in different languages, as well as measures to improve the conditions in the sanitary facilities as soon as possible.