Evaluation of the Prison Reform in Bulgaria: Legislation and Practice Following the Pilot Judgement of the ECtHR “Neshkov and Others”

This website was created as part of the three-year project of the Bulgarian Helsinki Committee „Evaluation of the Prison Reform in Bulgaria: Legislation and Practice Following the Pilot Judgement of the ECtHR “Neshkov and Others”. The project, launched on January 1st 2020, tracks the implementation of the reform in Bulgarian prisons and remand centers. It is funded by the Active Citizens Fund Bulgaria under the European Economic Area (EEA) Financial Mechanism.

The main goal of the project is to improve the implementation of international human rights standards in remand centers and prisons in Bulgaria. The initiative is a continuation of the BHC's long-term activity in monitoring the situation in closed institutions, advocating for the respect of the rights of prisoners and empowering vulnerable groups.

Besides tracking the progress of the project, the idea of this website is to offer important information on the penitentiary reform in Bulgaria and prisoners’ rights.

Why is a reform needed

The basic principle underlying the international standards and practice of the ECHR relating to the rights of prisoners is the need to treat all prisoners with respect to their dignity and human rights.

In 2015, the European Court of Human Rights delivered the pilot decision in the case of "Neshkov and Others v. Bulgaria". In it the Court found violations of Article 3 and of Article 13 of the Convention concerning the inhuman and degrading conditions in several Bulgarian prisons and the lack of effective remedies in this respect. Considering the recurrence and persistence of the violations, the Court found that breaches originated in a widespread problem resulting from malfunctioning of the Bulgarian penitentiary system and insufficient safeguards against treatment incompatible with Article 3. The Court instructed the government to implement a complex reform of the penitentiary system, including large-scale improvement of the material conditions and introduction of effective means for prevention and this type of violations, as well as compensation for the damages caused by them.

Positive developments as part of the reform

In 2017, the government adopted legislative changes to eliminate overcrowding in detention centers and prisons - an obligation was introduced for 4 square meters of living space for prisoners, the method of initial distribution of prisoners in open and closed institutions was changed, the regulations related to early release were improved, a new opportunity was given to detainees to apply to the court with a request to order the penitentiary authorities to implement measures to prevent lack or discontinuation of treatment contrary to the prohibition of inhuman or degrading treatment. With the help of mainly external funding, the facilities of some prisons and detention centers have been renovated.

Despite the partial improvement of the situation, some major problems remained and even deepened. During a visit to Bulgaria at the end of 2017, the European Committee for the Prevention of Torture reported high levels of corruption, numerous cases of inter-prison violence, overcrowding, delapidated facilities, poor hygiene, prolonged isolation for some categories of prisoners, restrictive conditions for family visits, difficulties for prisoners to submit complaints, deteriorating medical care and others. The observations of the National Preventive Mechanism to the National Ombudsman from 2017-2019 confirmed that a number of pressing problems of the penitentiary system remain without reform. At the beginning of 2020, the implementation of the pilot decision "Neshkov and others" remains under enhanced supervision by the Committee of Ministers of the Council of Europe - the body that monitors the implementation of the decisions of the Strasbourg Court.

What is our role

Human rights in prisons is a primary matter of concern for the BHC since the organization was established in 1992. With this initiative, we want to support the successful completion of penitentiary reform in Bulgaria and to improve the implementation of international human rights standards for people deprived of their liberty. For the purpose:

,,
All persons deprived of their liberty shall be treated with humanity and with respect for the inherent dignity of the human person
Article 10 of the International Covenant on Civil and Political Rights 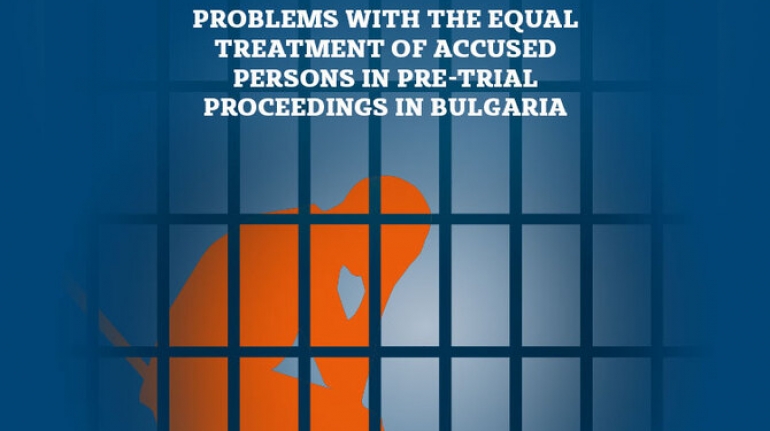 "The topic of arrests in Bulgaria is very interesting, including from a human r ... 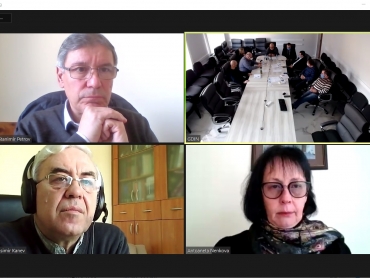 "The topic of arrests in Bulgaria is very interesting, including from a human rights point of view. Arrests are part of the penitentiary system, but they seem ...

A new project of the Bulgarian Helsinki Committee ( BHC) tracks the implementation of the reform in Bulgarian prisons and remand centers. This reform has begun ...